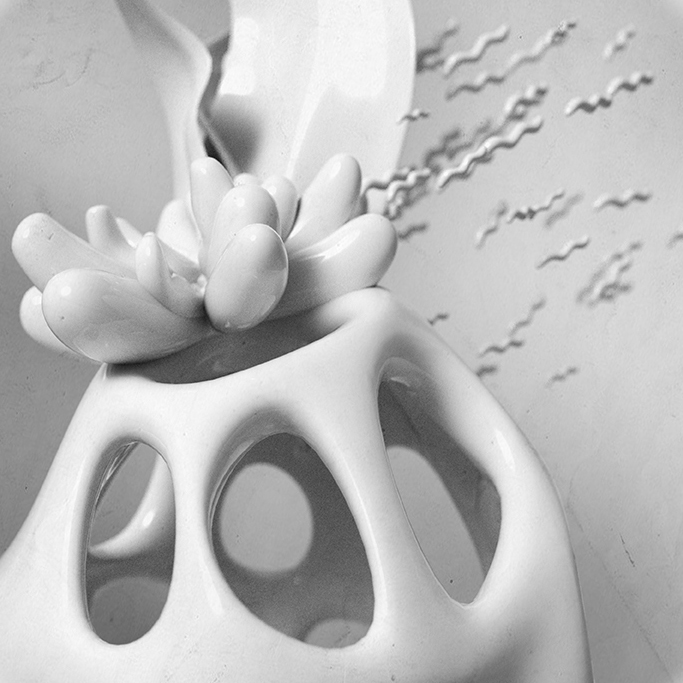 How do we recognize that something is new and in what way it is new, if we are not comparing it with what already exists or has occurred in the past?

MENDACIORUM ORTUS is a visual research and an experiment regarding the development of the medium throughout history and different complexity levels of computer-generated images.

The history of media is a complex process in which all media, including new media, obviously depend upon older media and are in a constant dialectic with them[i]. In 1964, Marshall McLuhan is opening Understanding Media with the statement that the content of any media is always another medium[ii]. However, this relation is a complex two-way activity. The focus of this exploration is the search for the forms that have either detached or emphasized defining characteristics of a certain media, or search for the forms in which an attempt to discard appropriations from other media exists. Virtual, one of the defining characteristics of new media, is emphasized with the algorithmically generated worlds, spaces, objects, environments, and realities, suggesting an alternative reality to the real and, maybe, ‘better than the real’[iii]. The lack of a typical medium, i.e. filmstrip in animation, puts emphasis on the other characteristics of moving images. Within visual experiments, techniques used are typical for both analogue and digital media, various methods are overlapping, and processes and materials are combined.

MENDACIORUM ORTUS encapsulates diversely generated (procedurally, through algorithms and analogue randomness) static and movable images. Until the ultimate level is reached, where sufficiently creative AI could produce highly aesthetical forms, these artworks outline different levels in partially controlled creation of images. On the first level, the visual properties of premade components from the database are varied, whereby on the second level, mathematical formulas and computer randomness are used as inputs for generating shapes.

The final rendering of this research is inspired, and partly emulates the visual style of two female art and science artists. Anna Atkins created the first book with photographic illustrations of algae (Photographs of British Algae: Cyanotype Impressions, 1843), while Maria Sibylla Merian drew, in a very precise and persistent manner, growth and changes in the world of animals and plants (Metamorphosis insectorum Surinamensium, 1705. and Erucarum Ortus Alimentum et Paradoxa Metamorphosis, 1718).