The seventeen exhibited photographs make up the central part of the project “Brave Women Travel Through Time,” realised in two cycles during 2017. The complete project is available online at hrabrezene.com.

Studying the biographies and the rich legacy of these important women who lived in the period between 1776 and 2002, we were inspired to create imaginary scenes, invented images, to link different periods of time, heroines and historic events, and thus also explore the relationship between past and present in regard to the position of women in society.

In cooperation with photographers Ivana Tomanović, Maja Medić, Milica Mrvić, Ivan Todorovski, Dragan Mandić, Simona Pavlović, Nikola Majdak and Dalibor Tonković we have made this travel of the brave women possible in this day and age. 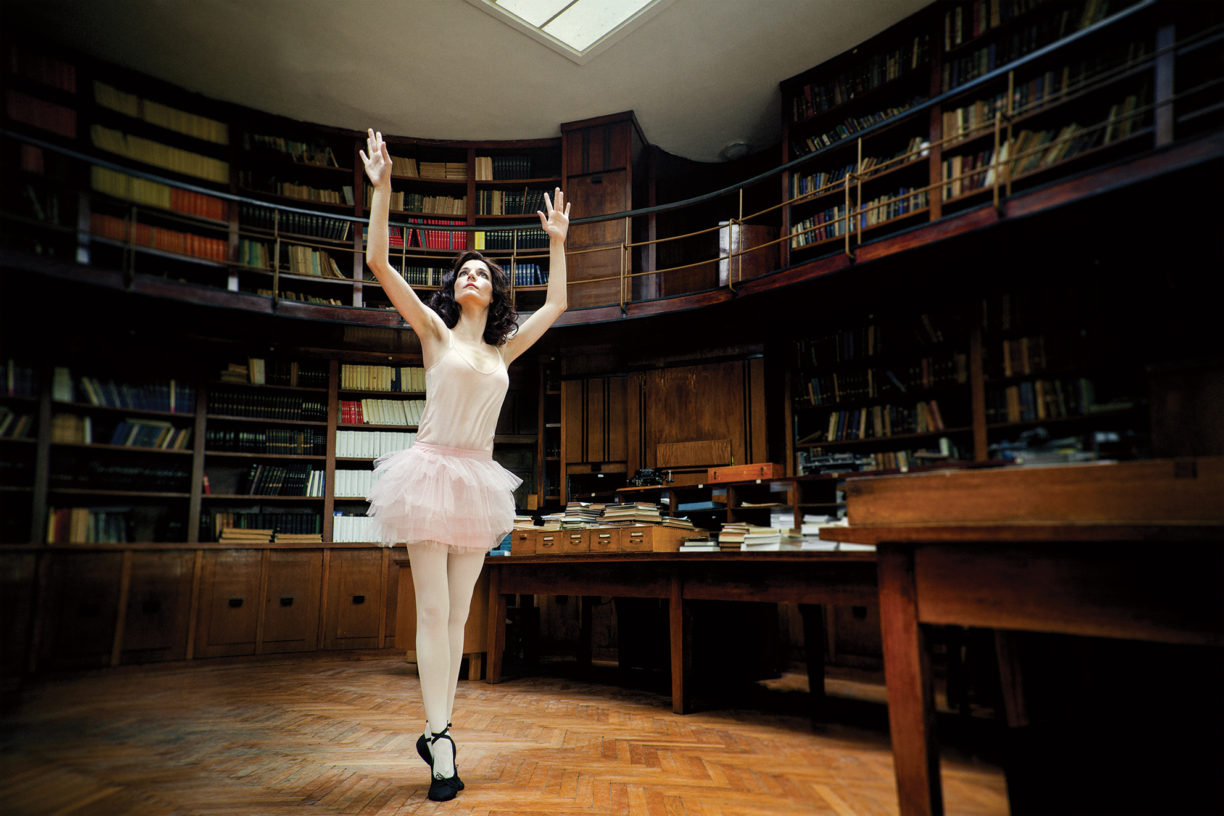 Čarna and I have been dealing with different aspects of the topic of portraits and self-portraits for years, taking on other people’s identities for larger projects or as a direct tribute to famous photographs or illustrations. My favourite scene in Čarna’s research work is from her documentary “Milena” (about the life and work of Milena Pavlović Barili), where she plays Milena, drinking tea from a porcelain cup on the roof of an unfinished block of flats. Somehow in the same period I also did self-portraits in which I took over familiar scenes, their composition and style, but I changed the location, props and clothes, and introduced a modern and personalized equivalent (Doisneau’s Picasso and the Loaves, Saul Bass’ Vertigo poster, Penn’s portrait of Yves Saint Laurent, Rutledge’s portrait of Jacqueline Bouvier…). The idea of masking resonates in these works through layers of various imitations and assumed identities.

In our research and experiments, certain areas coincided, which actually gave us greater freedom and provided a special focus and space for new ideas, resulting in the project “Brave Women Travel Through Time”. Inspired by authentic biographies, we transposed the characters of famous women from our history into modern or even timeless environments, created new scenes, and at least briefly took over their identities. The initial list was created quickly, and its length promised a serious and long-term project. Interestingly enough, there was no overlapping in the selection, not one name repeated on our two separate lists… Now, from the distance of seventeen completed scenes, I can say that the instinctive selection has to do with our biographies, affinities and personal choices. Whether we like it or not, I chose mostly workaholics, while Čarna chose humanitarians… Still, we were much more impressed by the events from the lives of these 20 selected women, and they were crucial for our selection. 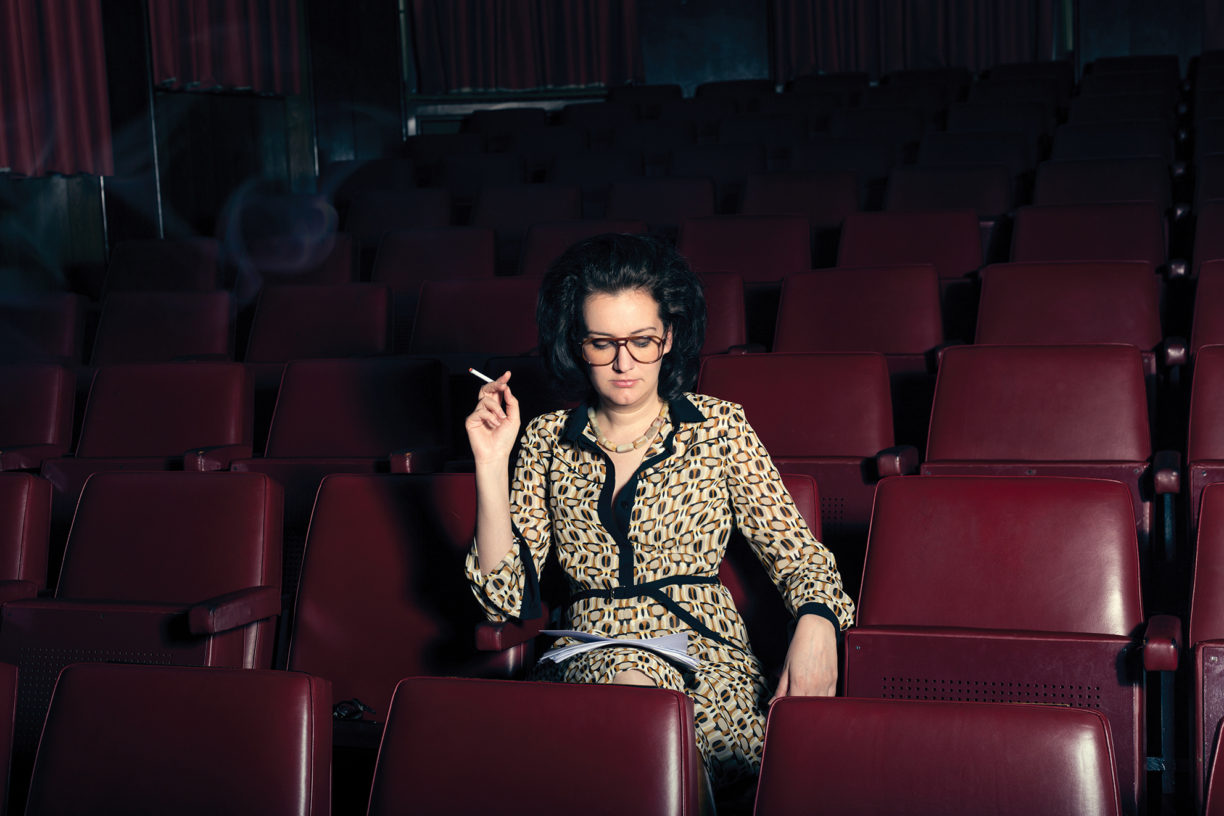 The sources for the research were varied, and to a great extent the volume and type of material depended on the period in which these women lived. In some cases, we were lucky to come across personal correspondence, which was our only insight into their private life. Although the biographies were the core of the concept, the painted or photographic portraits we found helped us design the scenes. E.g. we only know how Eustahija looked thanks to the miniature portrait preserved on a porcelain cup, while sources on our contemporary Soja include newspaper and TV interviews and a multitude of photographs.

Susan Bright makes clear distinction between the imitation games often present throughout the history of art & literature and photography where “the best examples of the genre include complex, detailed and complicated theatrical performances”. Indeed, in addition to the acting itself, the whole project also included an interdisciplinary parallel process – the selection and preparation of the locations, the design of the scenes, the choice and creation of costumes, the design of the masks, the procurement of props and equipment and the engagement of other participants.

During the realization of the project, but also looking at the final work, it has become clear that we quickly moved away from the portrait and entered the area of self-portraits. On the one hand, paying homage to the women who shaped and created our history and establishing a relationship with the historical and modern understanding of the concept of feminism, the project essentially and to a large extent addresses the issues of personal and national identity. On the other hand, by underlining the context of social and political developments over the past 240 years, we have also reflected our own relationship with the past.